You are here: Home / Blog / Featured / Buddha Touched the Earth – An Exploration in Engaged Buddhism by John Seed

Buddha Touched the Earth is the title of a new workshop facilitated by William James, Lisa Siegel and I that was first held at North Farm near Bellingen in northern New South Wales, Australia Feb 7-10 2012. 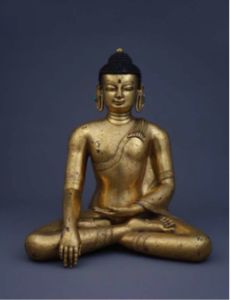 The title “Buddha Touched the Earth” refers to the famous story about the Buddha, on the eve of his enlightenment, assailed one last time by Mara who challenged him by asking “By whose authority do you claim this supposed enlightenment?” The Buddha replied by touching the Earth as depicted in countless images and icons and the Earth roared her assent.

For the complete article, please view the PDF.

Learn about The Work END_OF_DOCUMENT_TOKEN_TO_BE_REPLACED

Connect with other WTR users and facilitators. END_OF_DOCUMENT_TOKEN_TO_BE_REPLACED

Find experienced facilitators of the Work That Reconnects in your region. END_OF_DOCUMENT_TOKEN_TO_BE_REPLACED

Find out about WTR projects. END_OF_DOCUMENT_TOKEN_TO_BE_REPLACED