Resilience for the Great Unraveling: A WTR Network Webinar 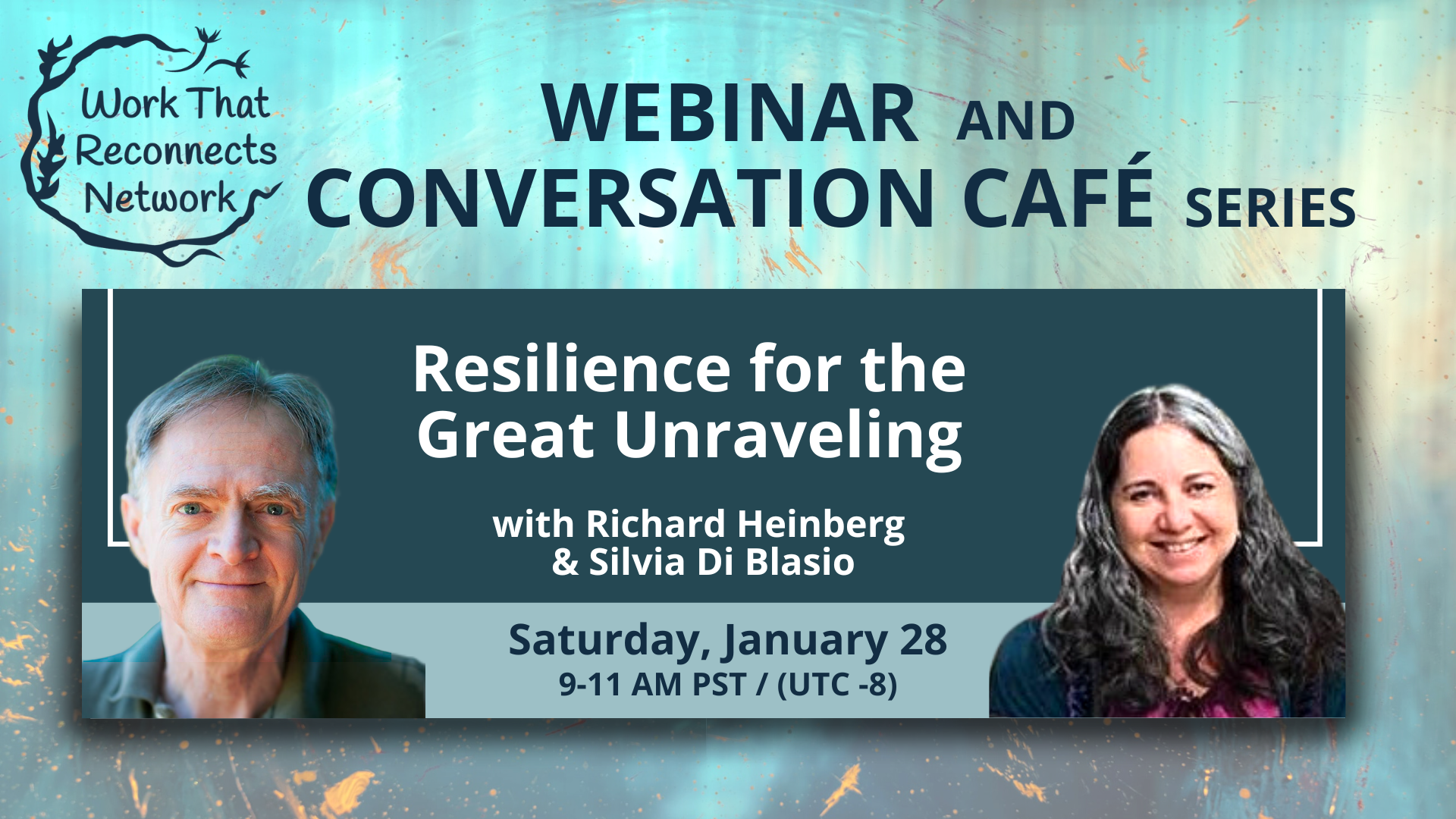 Join us for our next Webinar and Conversation Café offering.

As a species, we have witnessed as entire empires collapsed. Living with ongoing collapse has been the reality for many communities and beings for a long time. What Richard Heinberg and many others share, however, is that the current Great Unraveling is a convergence of many crises, mainly our society’s deep dependence on fossil fuels for everything from food to health to transportation and energy. Building resilience is imperative, but what does that look like for individuals and communities? What has worked and how can we start building that now?

Join us in this deep conversation on the Great Unraveling and how we, as WTR practitioners and followers, can contribute to the resilience of the most vulnerable in our communities.

Register for the Webinar Here

If you are having trouble accessing the registration form and you are in China please contact Helen Sui at [email protected] to register for this event. For general questions about this webinar, please use our contact form.

The suggested requested donation for this webinar is between $25-$35USD. However, no one will be turned away for lack of funds. Please donate generously within your means but feel free to join us even if you can’t contribute financially.

Richard Heinberg is a Senior Fellow at Post Carbon Institute and is the author of 14 books, including Power: Limits and Prospects for Human Survival, along with hundreds of essays and articles, some of which have appeared in Nature, Wall Street Journal and The American Prospect. He has lectured on 6 continents and has appeared in numerous environmental documentary films.

Silvia holds a certificate in disaster management and for nine years volunteered for the DM at the Canadian Red Cross. She is also a permaculture designer, specializing (among other things) on design for disaster and food sovereignty, something she has done for many years. Silvia has taught and coached dozens in the areas of emergency preparedness, community resilience and first aid. She is also a facilitator and creator of an upcoming course on Design for Disaster at Gaia Education.