by Molly Young Brown (co-author of Coming Back to Life) 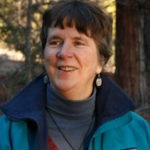 Our U.S. medical system is based on the idea of individual responsibility for our health, part of a common perception that sees each person as separate and almost entirely self-determined.  This is an illusion, because the larger fields in which we live—social, economic, and environmental—affect us all. Any of us may be sickened by pollution or injured in an accident or disaster beyond our control.  Yet we each have to pay for our own health care (and our children’s), as if sickness was solely our individual responsibility.  Although many previously uninsured citizens now have health coverage under the Affordable Care Act, health insurance companies are still raking in the profits, at taxpayer expense.

Unfortunately in the U.S., corporations, including the insurance industry, pretty much run the show through political contributions.  And for corporations performing in the service of their shareholders, profitability eclipses all other concerns.  They operate under institutionalized greed, one of the primary causes of suffering—called “dukkhas” in Buddhist philosophy.  Health insurance companies count on another dukkha, fear, to keep people buying their product: fear of astronomical medical bills if we do have the misfortune of getting seriously ill or injured.

What if we built our health care system on compassion instead of greed and fear?  What if we took care of ourselves collectively through a universal health care system operated through our government, rather than for corporate profit?  What if we acknowledged our common vulnerability to accident and illness and acted with compassion towards those of us who fall ill, providing care like nearly all other developed countries in the world do today?

As Joanna Macy and I acknowledge in Coming Back to Life (New Society, 2014),
The Industrial Growth Society generates great suffering worldwide. Buddhist social thinkers see that what is at work here are institutionalized forms of the three mutually reinforcing poisons at the root of all human suffering: greed, aggression and delusion. Consumerism can be seen as institutionalized greed, the military-industrial complex as institutionalized aggression [fear and hatred] and state- and corporate-controlled media as institutionalized delusion… It … follows that once these errors become institutionalized as political, economic and legal agents in their own right, they attain a degree of autonomy extending beyond the control and the conscious choices of any individuals involved. This understanding can motivate us not to condemn so much as to work to free ourselves and others who are in bondage to these institutionalized poisons. (p. 2-3).

David Loy explores this idea in some depth in the Fall 2014 issue of Inquiring Mind.  He suggests that our deepest hunger arises from a mentally and socially constructed sense of a separate self that is “not only ungrounded but ungroundable—and haunted by a basic sense of unreality and insecurity.”  There can never be “enough” for this unreal self, on both the individual and collective levels.

This sense of “never enough!” also functions institutionally: corporations are never large enough or profitable enough, their share value is never high enough, our GNP is never big enough.  In fact, we can’t imagine what “big enough” might be.  But why is more always better if it can never be enough?

…the system has attained not only a life of its own but its own motivations, quite apart from the intentions of the individuals who work for it and who will be replaced if they do not serve those institutional motivations.

…In short, our economic system not only exploits our deepest hunger, it institutionalizes it.
(David Loy, “The Deep Hunger,” Inquiring Mind, Fall 2014)

I wonder if we could instead begin to institutionalize virtues such as compassion, love, generosity, clarity.  The dukkhas are all based in the assumption of separateness.  The virtues are based in the understanding of our interconnectedness.

Compassion recognizes that we are each a dynamic mixture of individual choice and collective impacts.  So we simply care for one another—individually and through our  government and social institutions.  We build a moral society, instead of one based on hyper-individualism and competition.

Our first huge step could be to disidentify from current social-economic-cultural institutions and ways of doing things, so we can see more clearly how they oppress us.  As long as we make the largely unconscious assumption that capitalism is the only viable economic system, in some cases equating it with democracy, we will be caught in its thrall.  This is true of any attitude, role, system, or way of life with which we identify.  As long as I identify myself first and foremost as an American, I will feel compelled to justify anything my country does, including making war or putting profits above the common good.  Only if I can widen my identification to include the life of this planet in all its complexity and diversity, can I hope to objectively evaluate my nation’s behavior—and take action to correct and improve it.

When we consciously disidentify from our current economic system and the so-called American Way of Life, we can begin to shift our institutions away from the greed, fear, hatred, and confusion toward compassion, love, generosity, clarity—and sanity.  Fortunately, this shift is already underway.

In the medical field, we can see virtuous institutions in the form of free clinics. Before the Affordable Care Act enabled previously uninsured people to obtain subsidized coverage, we had such a clinic in my town.  Anyone could go to this clinic, and pay what they could afford.  They were then asked to “pay it forward” in the form of community service, in whatever form they chose.  There was no enforcement of this; it was simply a recommendation to spread generosity into the wider community.  What if we implemented this kind of health care system nationwide?

I found another example in the Spring 2015 issue of YES! Magazine.  Labor organizer and author Ai-jen Poo proposes that we create a nation-wide Care Grid, just as we have invested in an electrical grid and a national highway system. (See her book, The Age of Dignity: Preparing for the Elder Boom in a Changing America.  The New Press, 2015.)

The Care Grid would be a network of well-trained home care workers available to support elders and disabled people in their homes. Home care workers and aides in nursing homes have the greatest effect on the lives of vulnerable adults, including frail elders. A Care Grid would provide training and pay commensurate with the impact of their roles, including a living wage, over-time pay, vacation time, and sick leave.  “This is a front-end investment, like national security,” says Ai-jen Poo.  “We can prove it saves us money in the long run.”

Beyond saving money, a Care Grid would institutionalize caring, kindness, dignity, and respect. This is only one example of how we could transform our socioeconomic system and government into a humane and moral society.

In a recent video series, Richard Heinberg affirms, “A resilient society would foster an ethic of sharing and cooperation, rather than ruthless, winner-take-all competition.”  In other words, building our institutions on virtues may help us to survive and thrive through the grave global challenges that confront us today.

David Loy, “The Deep Hunger,” Inquiring Mind, Vol. 31 #1, Fall 2014. (Unfortunately, this issue is out of print, but will be digitally archived in the future at www.inquiringmind.com.)

Joanna Macy & Molly Brown, Coming Back to Life: The Updated Guide to the Work That Reconnects. New Society, 2014.

Learn about The Work END_OF_DOCUMENT_TOKEN_TO_BE_REPLACED

Connect with other WTR users and facilitators. END_OF_DOCUMENT_TOKEN_TO_BE_REPLACED

Find experienced facilitators of the Work That Reconnects in your region. END_OF_DOCUMENT_TOKEN_TO_BE_REPLACED

Find out about WTR projects. END_OF_DOCUMENT_TOKEN_TO_BE_REPLACED