This profile is not complete.
You are here: Home / Users / Helena ter Ellen 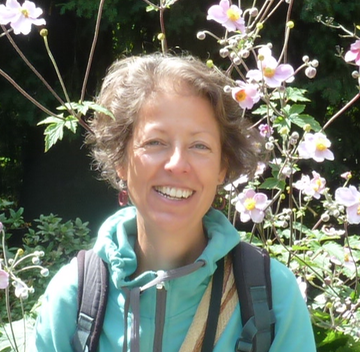 Hello dear all of you!
I'm Helena, a Dutch woman having studied, worked and lived in many countries, but mainly in Belgium - and now settling in Colombia for a new WTR and peace related mission, called "Re-Connecting: Laboratories of Truth and Reconciliation in the womb of Mother Earth" (see hereafter).

My main studies were languages, international politics, intercultural dialogue and psycho-energetic coaching, as well as many themes around Deep Ecology and WTR. I've been feeling drawn to sacred activism from my early thirties. My experiences as a peace observer in the Middle East & in Colombia many years ago made me - painfully - aware that protection for human rights should be extended to the protection of the rights of Mother Earth. I also realized that outer activism without an inner, spiritual dimension is not only unsustainable, but can be harmful - for ourselves and for others.
After having participated in several WTR-workshops in Belgium, the UK, France and Germany - which made me fall in love with it's vision and methodology - I translated "Coming Back to Life" into Dutch. In 2009 I cofounded with Gauthier Chapelle and Corinne Mommen the association Terr'Eveille that dedicates itself to offer WTR-workshops for french speaking public. First in Belgium, but rather soon also in France and in Switzerland, where we helped the arising of new WTR-hubs.

For many years I've had my home in Belgium/Brussels, - but from 2019 I am based in Bogotá, Colombia to accompany the Colombian Truth Comission with WTR-inspired workshops. I've been actively promoting WTR in this South-American country since 2014, with a clear focus on peace building. I live(d) since 2016 in a cohousing project in the heart of Brussels, l’Echappée. In that year, I also left my translating job at the European Commission to dedicate myself to the Great Turning and the creation of resilience in times of collapse. And so in 2018 I co-initiated a new project in Colombia, “Re-Conectando: Laboratorios de Verdad y Reconciliación en el vientre de la Madre Tierra”, which will take me living and working in Colombia for more than three years, the time of the mandate of the Commission.

What year did you begin facilitating the Work That Reconnects?
will follow soon