This profile is not complete.
You are here: Home / Users / Joanna Macy 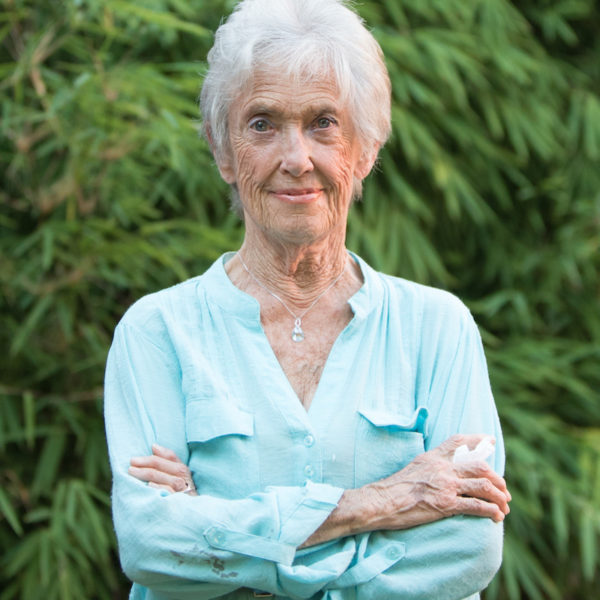 Joanna Macy PhD, is a scholar of Buddhism, general systems theory, and deep ecology. A respected voice in the movements for peace, justice, and ecology, she interweaves her scholarship with five decades of activism. The author of more than twelve books, she is the root teacher of the Work That Reconnects, a ground-breaking theoretical framework and workshop methodology for personal and social change.

Her wide-ranging work addresses psychological and spiritual issues of the nuclear age, the cultivation of ecological awareness, and the fruitful resonance between Buddhist thought and contemporary science. The many dimensions of this work are explored in her books Despair and Personal Power in the Nuclear Age (New Society Publishers, 1983); Dharma and Development (Kumarian Press, 1985); Thinking Like a Mountain (with John Seed, Pat Fleming, and Arne Naess; New Society Publishers, 1988; New Society/ New Catalyst, 2007); Mutual Causality in Buddhism and General Systems Theory (SUNY Press, 1991); Rilke’s Book of Hours (1996, 2005) and In Praise of Mortality (2004, 2017) (with Anita Barrows, Riverhead); Joanna’s memoir entitled Widening Circles (New Society, 2000); World as Lover, World as Self (Parallax Press, 2007), A Year With Rilke, (with Anita Barrows, Harper One, 2009); and Pass It On: Five Stories That Can Change the World (with Norbert Gahbler, Parallax Press, 2010), Active Hope: How to Face the Mess We're in without Going Crazy (with Chris Johnstone, 2011); Coming Back to Life: The Updated Guide to the Work That Reconnects (with Molly Young Brown, New Society Publishers, 2014).

Many thousands of people around the world have participated in Joanna’s workshops and trainings. Her group methods, known as the Work That Reconnects, have been adopted and adapted yet more widely in classrooms, churches, and grassroots organizing. Her work helps people transform despair and apathy, in the face of overwhelming social and ecological crises, into constructive, collaborative action. It brings a new way of seeing the world, as our larger living body, freeing us from the assumptions and attitudes that now threaten the continuity of life on Earth.

For many years, Joanna traveled widely giving lectures, workshops, and trainings in the Americas, Europe, Asia, and Australasia. She currently lives in semi-retirement in Berkeley, California, near her children and grandchildren.